I finally moved my extremely interesting and groundbreaking blog to claudioperrone.com.

I thought about doing it for a long time, but I haven’t really bothered until now.

The geek in me, however, has finally taken full control of my destiny and 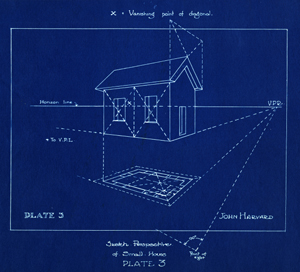 now I can finally tweak everything I want: permalinks, themes, text filters, and, even more importantly, spam filters!

Since I’m moving away from a service based on .Text, what do you think a traditionally hardcore Microsoft technologist like me would install? Community Server? DasBlog? Perhaps Subtext? Build my own engine?
Nahhh… boring, boring, boring… been there, done that.

In the end, I decided to install Typo 4, a little jewel based on Ruby on Rails.
I can almost hear you guys: Blasphemy…This is not .NET! Betrayer etc, etc (well I know, others may ask Ruby on what???, but never mind).

No, I’m not out of my mind.
I still love .NET, and I passionately work for an outstanding company whose purpose is to reveal more efficient ways to help developers building enterprise applications using .NET technologies.

The truth is that it is time for me to give Ruby another chance.
Yes, you heard me. I said another chance. In fact, I tried it in the past, with modest results.

The problem was me, not the language, of course.
I kept questioning everything.
Can you imagine it?
Why this, why that?
How can that code be manageable in a reasonably big application?

I remember going through the Pickaxe book with extreme frustration.
I lost the battle; Ruby was too different; I didn’t “get it”.

But do you know how children learn their (first) language so fast?

So there you go; I want to be a child again.

Arguably I have being exposed to these concepts for too long. Some colleagues already played with Ruby, and, largely thanks to the early adoption of Michael O’Brien, both strategic applications and tactical scripts have been already built for internal use.

And like a disease, the doubt that I might have been a bit too superficial in my early judgement is spreading all over my body.

At the workshop in Crested Butte, Niclas Nilsson, Martin Fowler and Bruce Eckel giggled when I naïvely told them that I have a “static” mindset.
Puzzled by my (admittedly poor) choice of the word “static” in that context, Bruce smiled and asked me if I meant that I live in a static world where nothing ever changes!
Eh eh, we had a good laugh.
Of course, I only meant that I’ve been pretty comfortable with the perceived sense of security that “strongly typed” languages give me.
But now I’m ready to go back and revisit my assumptions.

If there is one thing that I’m learning about blogging is that I should never set expectations about future posts unless I am positively confident that I will definitely fulfill those expectations.
My writing energy fades away too easily.

So don’t expect anything.
Be a child.