Claudio is a well-known Lean & Agile management consultant, entrepreneur and startup strategist with over 20 years of commercial experience and a strong focus on leadership, agility and operational excellence.
“My passion is to help teams and individuals develop insanely-good habits of thinking and allow them bring the best of their work to the world.” — Claudio Perrone
He is a Fellow of the Lean Systems Society, the creative force behind A3 Thinker, and the inventor of the PopcornFlow thinking model of continuous evolution through ultra-rapid experimentation.

In his career, Claudio has been driving the design and development of several large-scale solutions for global companies in the fields of e-learning, e-commerce, manufacturing and automation.

His Lean & Agile journey began in Seattle in 2001, when he met a thought-leader and pioneer who opened his eyes to a world he never imagined before.

As founding member and CTO, Claudio embraced Agile development to serve and grow a world-class software organisation which won several awards, including, in 2005, the “New Company of the Year” software industry award by the Irish Software Association. 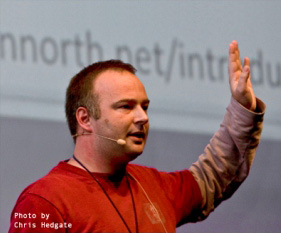 Claudio is a well-respected member of the international Agile, Lean Software and Kanban communities. As a software architect and writer, he contributed to the popular “Applying Domain-Driven Design & Patterns” book by Jimmy Nilsson and served as certification board member of IASA Ireland.

He is often interviewed by the media (e.g. The Irish Times, Silicon Republic) and frequently invited as keynote or session speaker at international conferences where he presents his thought-provoking ideas with unique storytelling and illustration abilities (see some of his work on Slideshare). 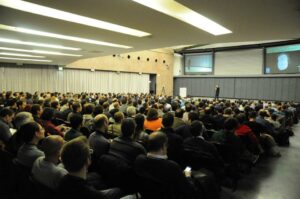 Claudio released a suite of innovative solutions around A3 Thinking, a Lean management approach to systematically solve problems, improve and mentor.

In June 2013, Claudio was selected to become a Fellow of the  Lean Systems Society, mainly thanks to his contribution to “revitalize and clarify the role of A3 Thinking as  one of the most powerful points of contact between Lean, Systems Thinking, and the Scientific Method“.  The LSS further added that“Claudio made A3 Thinking accessible to the point that it is a major force again for systems work.”

Claudio is currently writing a book about PopcornFlow, a brand-new method to introduce, sustain and accelerate change through ultra-rapid experimentation.

We are based in Ireland. We serve customers worldwide.
We help companies experiment so their business grows.
Maybe we could help even yours ;-)
This site uses cookies.
We don't mess with your privacy rights.
Here's the site's Privacy Policy