At a couple of local Lean & Agile meet-ups, I recently found myself explaining the implications of continuous change and the simple mechanics of PopcornFlow. These were casual, face-to-face chats with the support of a good pint of Guinness, not polished presentations at some conference around the world. 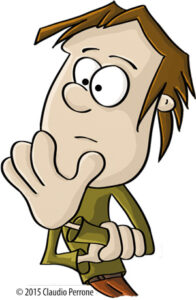 We had great conversations and somewhat abstract debates, but, frankly, we didn’t make any serious progress on actual problems.
I had similar experiences talking to friends at dinner. We discussed real problems and possible experiments but never wrote anything down. I feel we lacked efficient visual aids to help guide the conversation and inspire some level of commitment on what to do next.

But a couple of weeks ago I did an impromptu PopcornFlow demonstration with a small group of curious members of the Lean & Agile Italian community at a regular, distributed meetup.
We were already in front of a shared electronic visual board, so I simply asked one member to bring forward a problem that emerged during the week with his team, something that they would likely discuss at their next retrospective.

I introduced each step of the method progressively, on the fly, with all participants pretending to be part of his team.
Some typical team dynamics emerged during our conversation. So, together, we refined the problem, elicited some options and negotiated one experiment (“try mob programming for 3 days”).

The result was fast and vivid. It was a fair (albeit naturally incomplete) picture of what I actually do when I coach teams on rapid change.

So, I thought, what options do I have for my next face-to-face discussion to make the outcome of my explanations more actionable and concrete?
Should I show a popcorn board on my phone? That seemed viable and easy to test, but switching to a small electronic medium during a casual conversation seemed a bit contrived.

Should I create a foldable popcorn board to keep in my pocket? It seemed doable but impractical.

A third option I came up with was the creation of a dedicated set of cards. Somewhat similar in design, but nowhere as involving and articulated as my A3 Thinker’s Action Deck. I thought about something simple that I could eventually use in my workshops, with teams I coach, in a pub or, even more crucially, with my kid (either at home or… at his school!).

Should I just push ahead and potentially spend ages developing it? Of course not. It sounds really cool, but there is an opportunity cost. I started with what I love most, a low-tech experiment.
I met a friend who had some personal and professional challenges. I brought a bunch of index cards and post-its. The index cards formed column headers, a bit like a typical Lean Coffee session. It was nice and took me zero preparation time. It worked well.

So, what am I going to do next? Well, involve more friends and seek more feedback, for a start. But as you may infer from the picture below, I’m iterating quickly. I’m already at work on my next set of experiments. This coming Wednesday, right after San Patrick’s Day, I’ll show a glued prototype after my talk at the upcoming MTUG meet-up. Do you happen to be in Dublin? If interested, join me there! 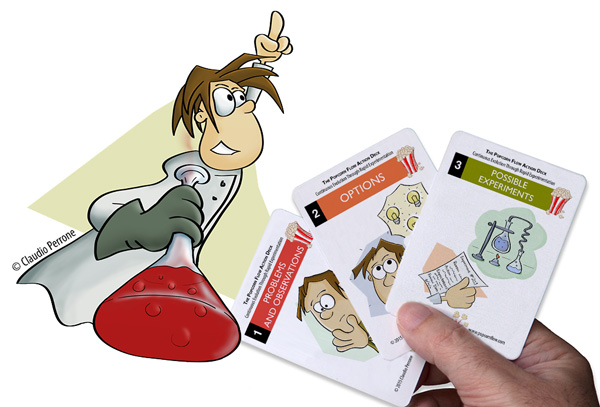