Getting to Denver hasn’t been easy at all. The flight to Chicago has been delayed for several hours and as a result I missed my connection.
I finally managed to get to the hotel in Denver at 11:30pm local time and, although I was in a terrible state, my body just refused to fall asleep.

In the morning, I met Erik Doernenburg at the lobby and together we drove back to the airport to join Niclas Nilsson, Arjen Poutsma and Mike Roberts.
With the exception of Mike, everybody else is a survivor of the expedition to Cortina early this year so I’m sure that Jimmy Nilsson (who co-organized the event in February with Andrea Provaglio) will be proud of us.

With two cars available, we finally started our trip to Crested Butte and I took the chance to know a bit about Mike’s work, my co-pilot in this circumstance.
Given his involvement in the development of CruiseControl.NET, it was natural to talk about software configuration management systems and the possibility of using Windows Workflow in this context.

We also went to a bit of discussion on the topic of graphical languages and code generation.
Considering my background in electronics and my experience in automation where graphic languages have been successfully used for years, I’m often surprised to see how much resistance I encounter on the subject.
The future will tell if finally some form of model-driven development will reach the maturity and the widespread adoption that I believe it deserves, but it is clear that a lot of people are currently very sceptic or quite simply indifferent.

Code generation is another controversial subject as many see it as a workaround to a fundamental issue with code intensive frameworks and languages.
I’m certainly keen to explore both subjects in the next few days.

Driving to Crested Butte is quite an experience as the scenery is absolutely breathtaking.
In fact, since we reached an altitude of about 3900m, the body requires a bit of adaptation. We kept drinking a lot of water to avoid dehydration, which apparently is the main enemy in these cases but I must say that at some point I really started falling into pieces given the combination of jet leg, lack of sleep and scarcity of oxygen.
After 7 hours (yes we took it very easy) we finally reached our final destination, a fantastic house that Niclas booked for all of us a few weeks ago.

Finally, we ended the day into Bruce Eckel’s house where some of the other delegates convened for a little party. I was pleasantly surprised to see Philip Nelson again, another friend from Cortina. We had some little “geeky” conversations but quite honestly I was so tired that I doubt I made any meaningful contribution.

Tomorrow I will hopefully be able to describe what happened the following day, during the official opening of the workshop. 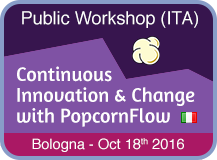