I was recently asked to pitch the PopcornFlow story that kickstarted the book I’m writing as a candidate idea to present at a major non-technical conference (2000+ attendees, great media/press exposure, glory in the next centuries, and so on). 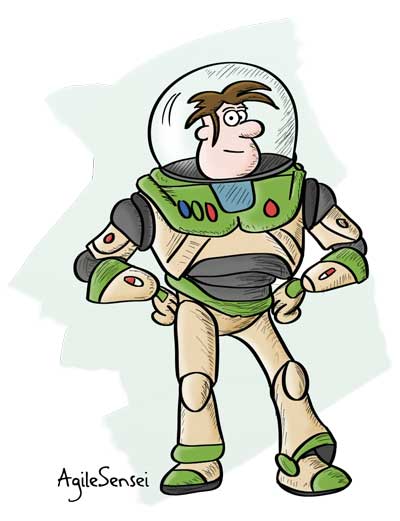 After coming across Dan Pink’s book “To Sell Is Human“, I thought I’d try the approach used by some story artists at Pixar to pitch their movie ideas.

The “Pixar pitch” follows this pattern:

Here is my first attempt, which I quickly drafted on a bus a couple of days ago:

Once upon a time there was a guy who was crushed by conformity and status quo.
Every day, he would dream of changing the world — a world that didn’t want to be changed.
One day, he discovered he could beat his own inertia through rapid change experiments.
Because of that, he learned to tackle problems and negotiate change with his team, leaving a visible trail of micro-experiments behind.
Because of that, also other teams and organisations learned to evolve fast — almost as fast as a virus.
Until finally, continuous evolution became a way of living and it’s now impacting lives inside and outside the business world, including entrepreneurs, change instigators, achievers, schools, families, special-need kids, and more.

In case you wonder, this is nonfiction. PopcornFlow is evolving beyond my wildest dreams.
To further refine the pitch, I’d probably need to capture some obstacles.
After all, good stories are not about inevitable success, but rather about character, desire and obstacles.

Will I speak at that conference? Time will tell.
I have strong sponsorship and support, but I honestly don’t know yet.
Surely, PopcornFlow is an idea worth sharing  ;-).

Meanwhile, I hope you’ll spread the word,  add yourself to the book notification list (if you haven’t already), and join other intrepid PopcornFlow explorers in our growing discussion forum.

To infinity, and beyond!